SERPENTO is an interactive installation designed for the digital façade of Medialab-Prado. This project was part of the ‘Juegos Reunidos’ 2017 residence program, held by the Bureau of Culture and Sports of the City of Madrid.

SERPENTO is a multiplayer, massive and urban version of the ‘snake’. A reinterpretation of one of the most epic arcade games in digital culture, which escapes the autism of our devices to occupy the urban screen of Medialab-Prado and its plaza.

In contrast to the individual character of the traditional ‘snake’, SERPENTO is a game for many. In fact, the more, the better! Each person who enters the square will become a virtual replica of themselves. The analog winds of each individual on the physical plane will correspond to the virtual position of a new snake on the screen. Thus, one will be at the same time in the square and on the screen. The square then becomes the screen and the screen, the square.

It is precisely in this hybridization between the physical and the virtual where social action arises. We are no longer alone confronting ourselves. It is the people around us who conform the landscape of obstacles, possible allies and common goals that make our walk through the square a different experience. A game without beginning or end or limits so that any pedestrian can join at any time.

The materiality of the square is also affected by the game, through the installation of a series of marks and signs that transform the pavement into an augmented surface, implementing the instructions and other signs in it. SERPENTO colonizes not only the screen, but also the square. 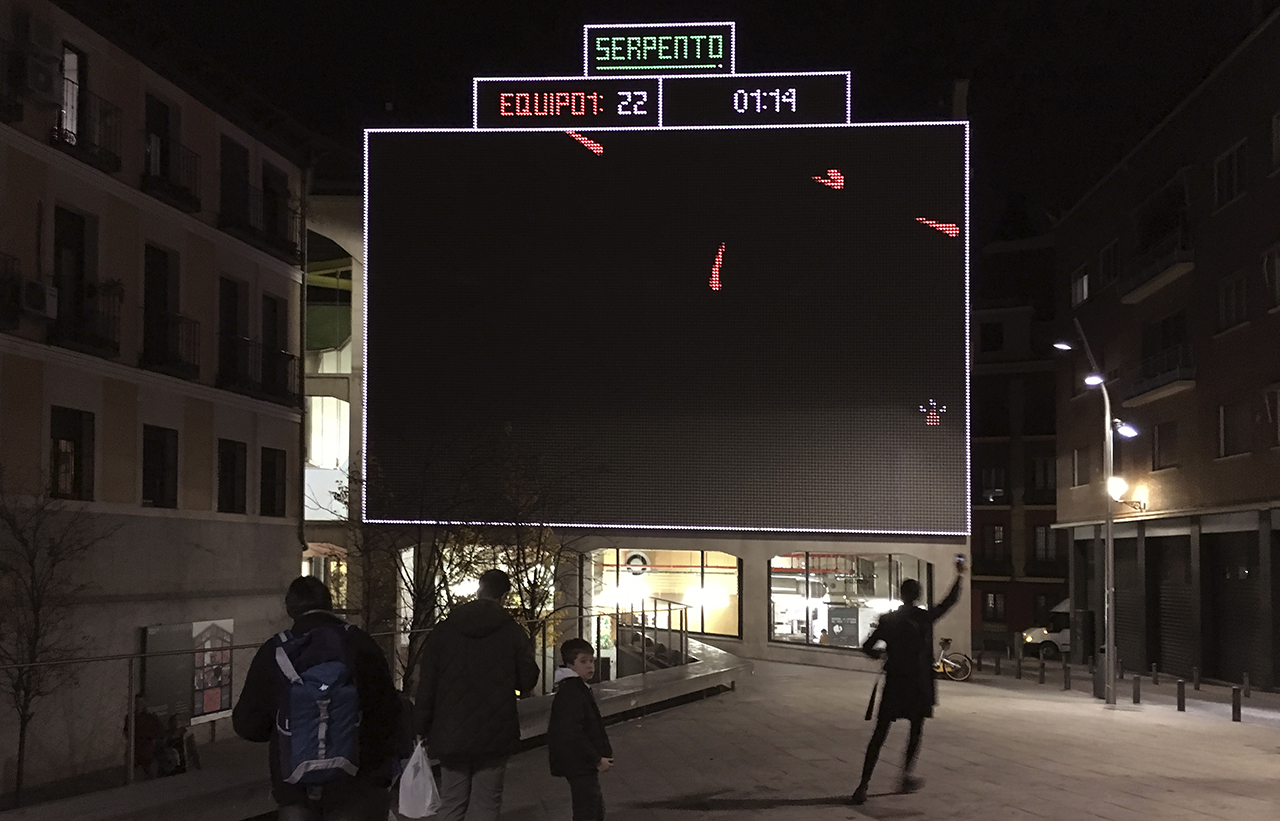 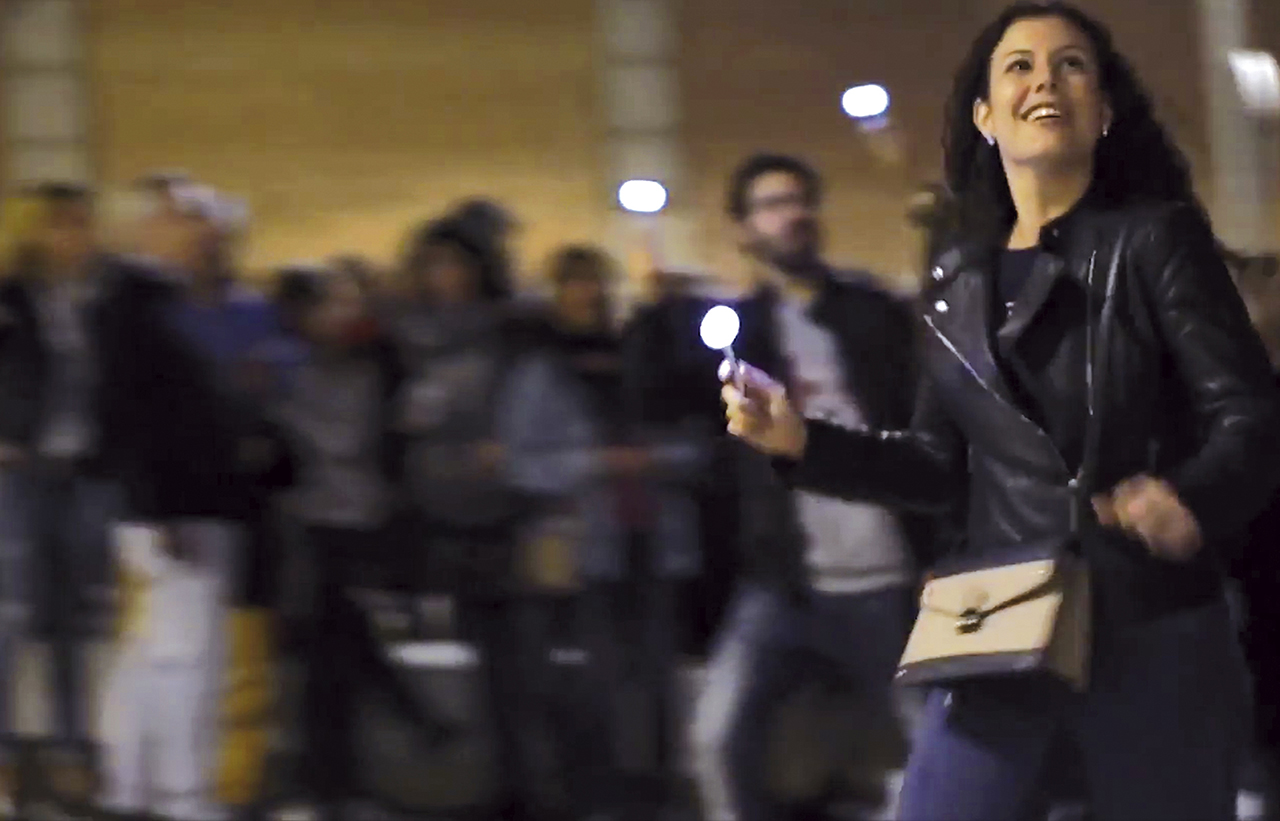 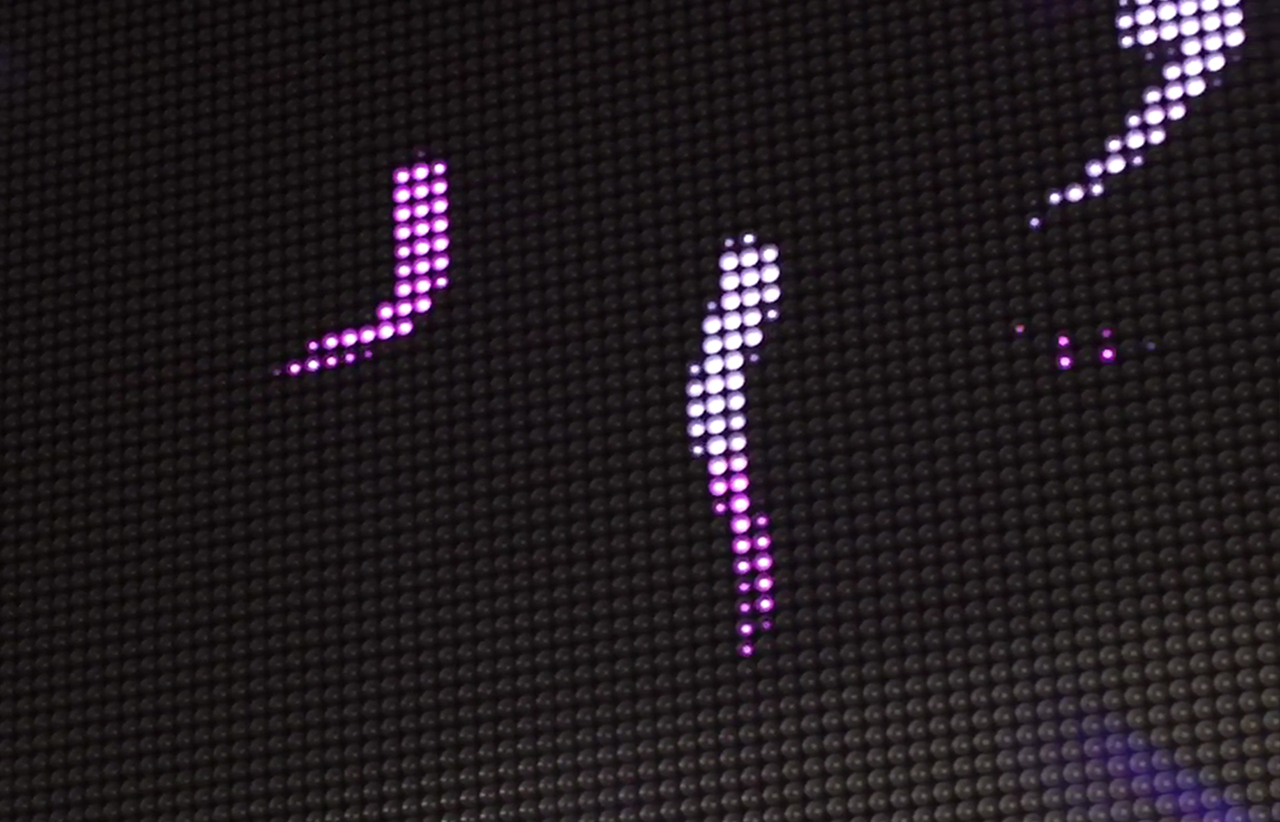 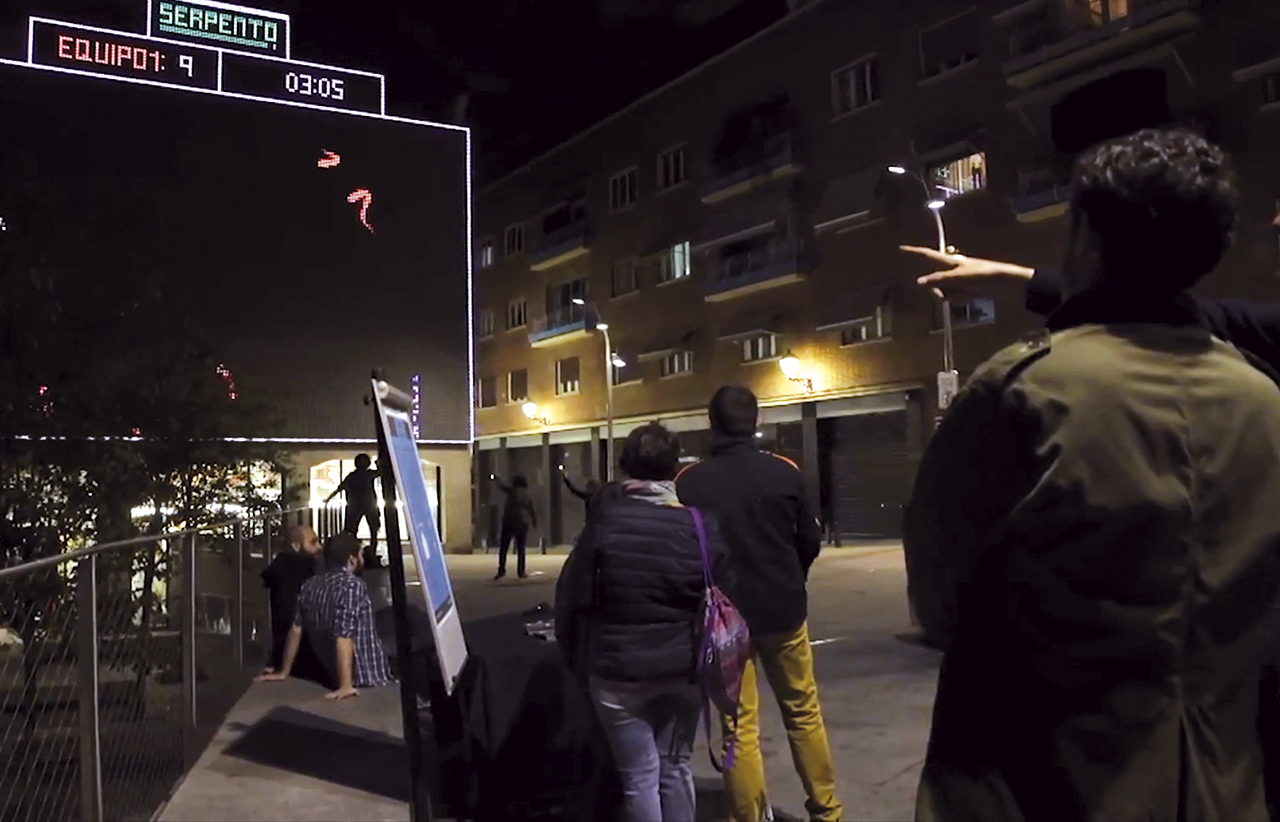 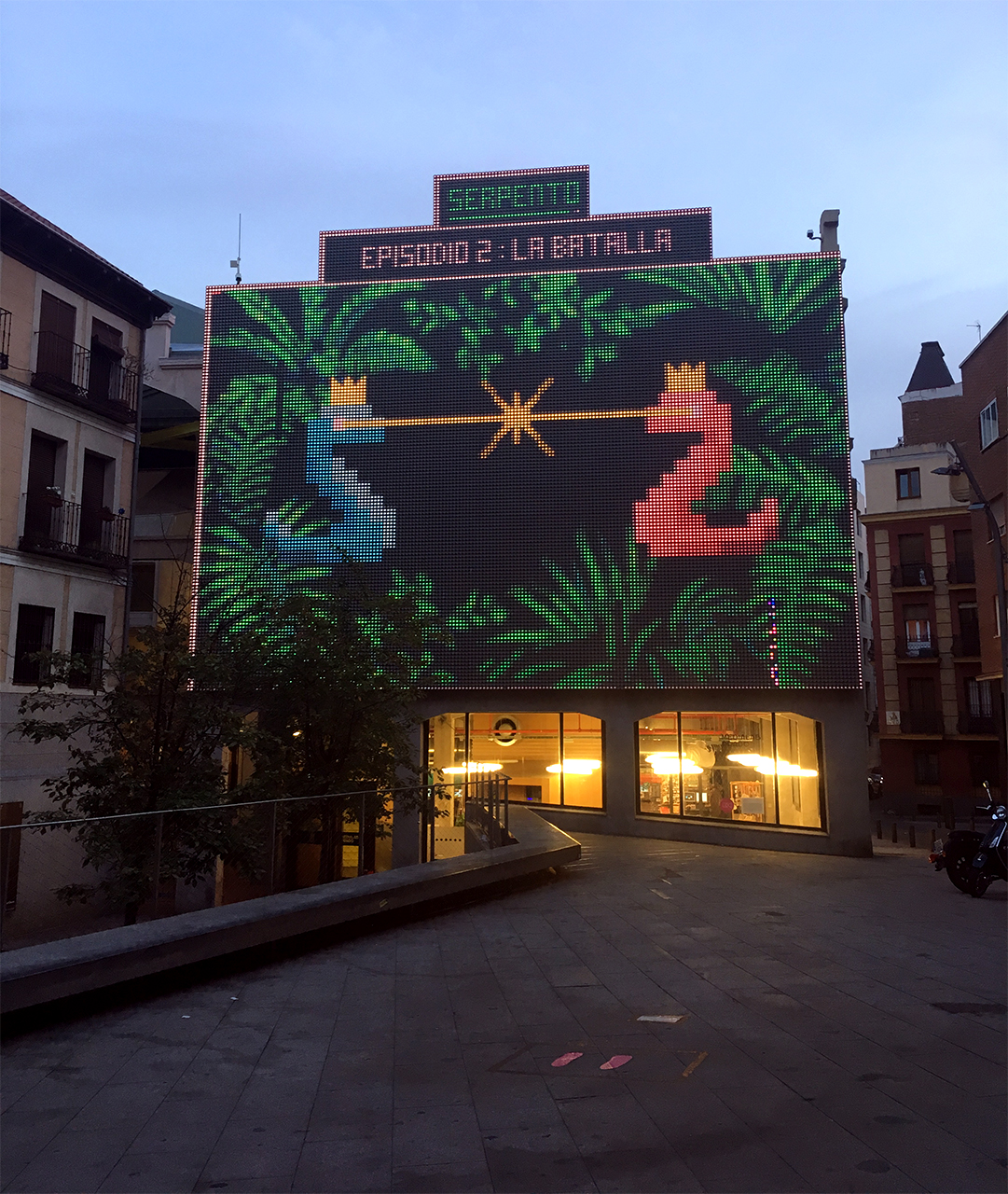 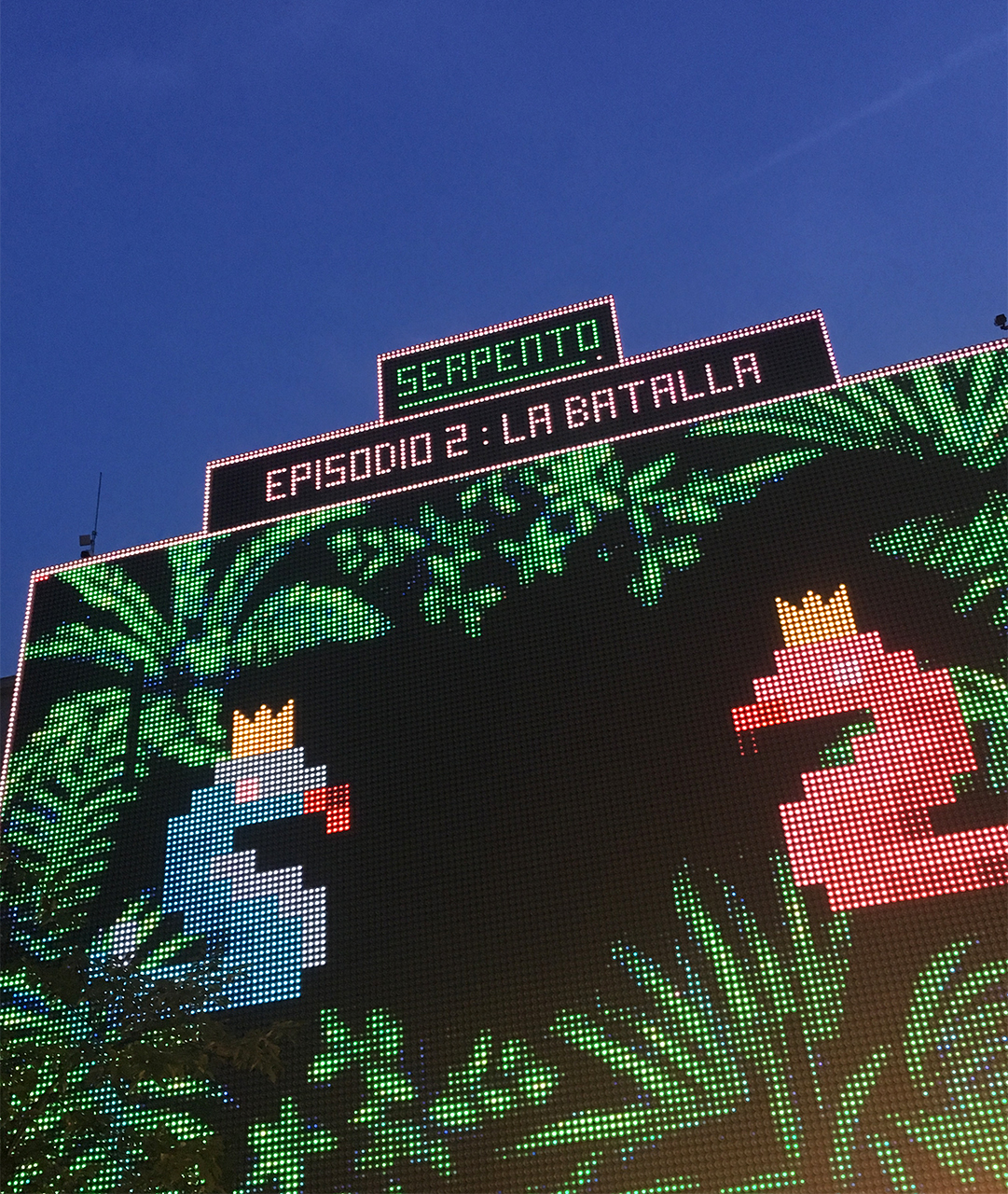 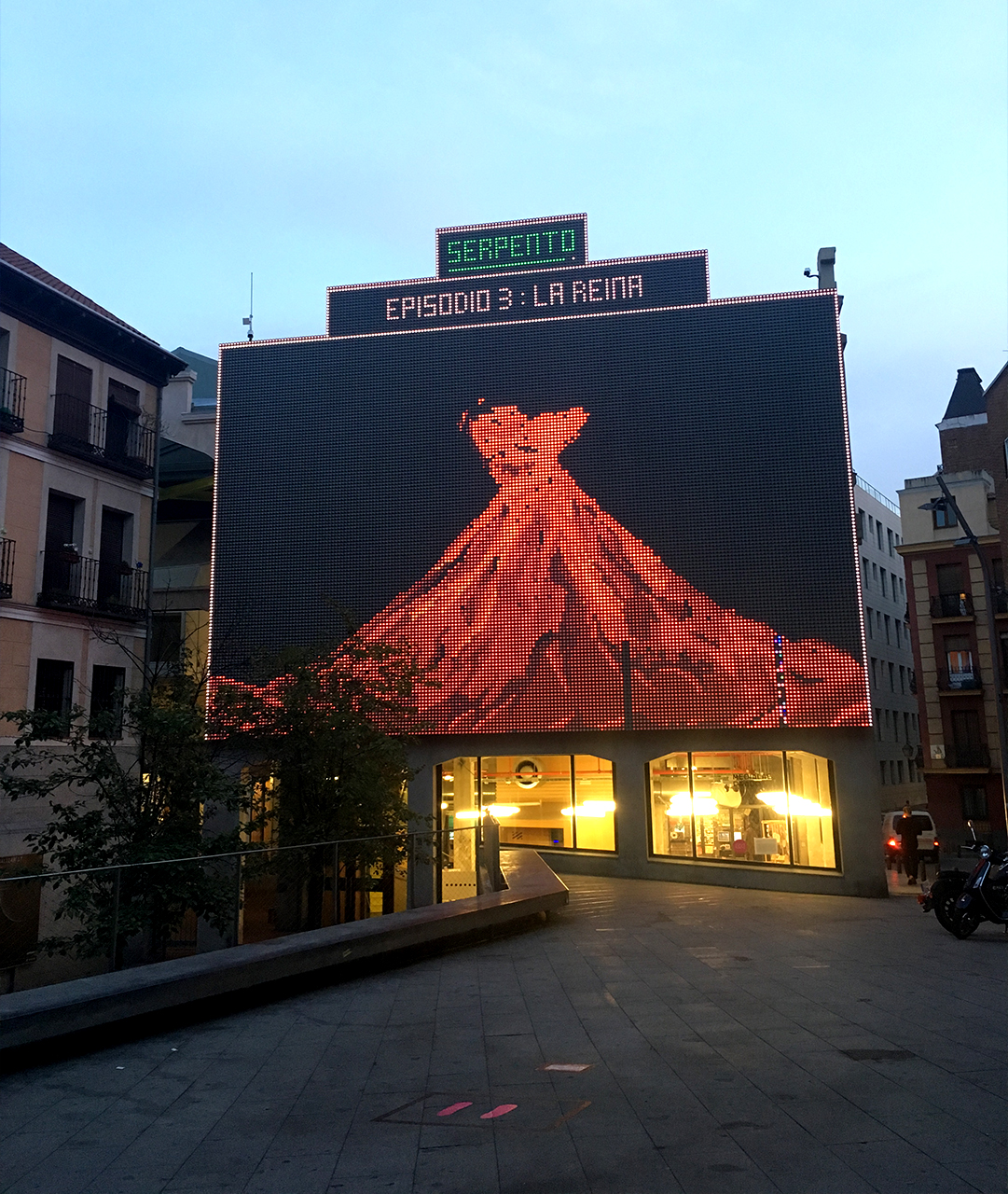 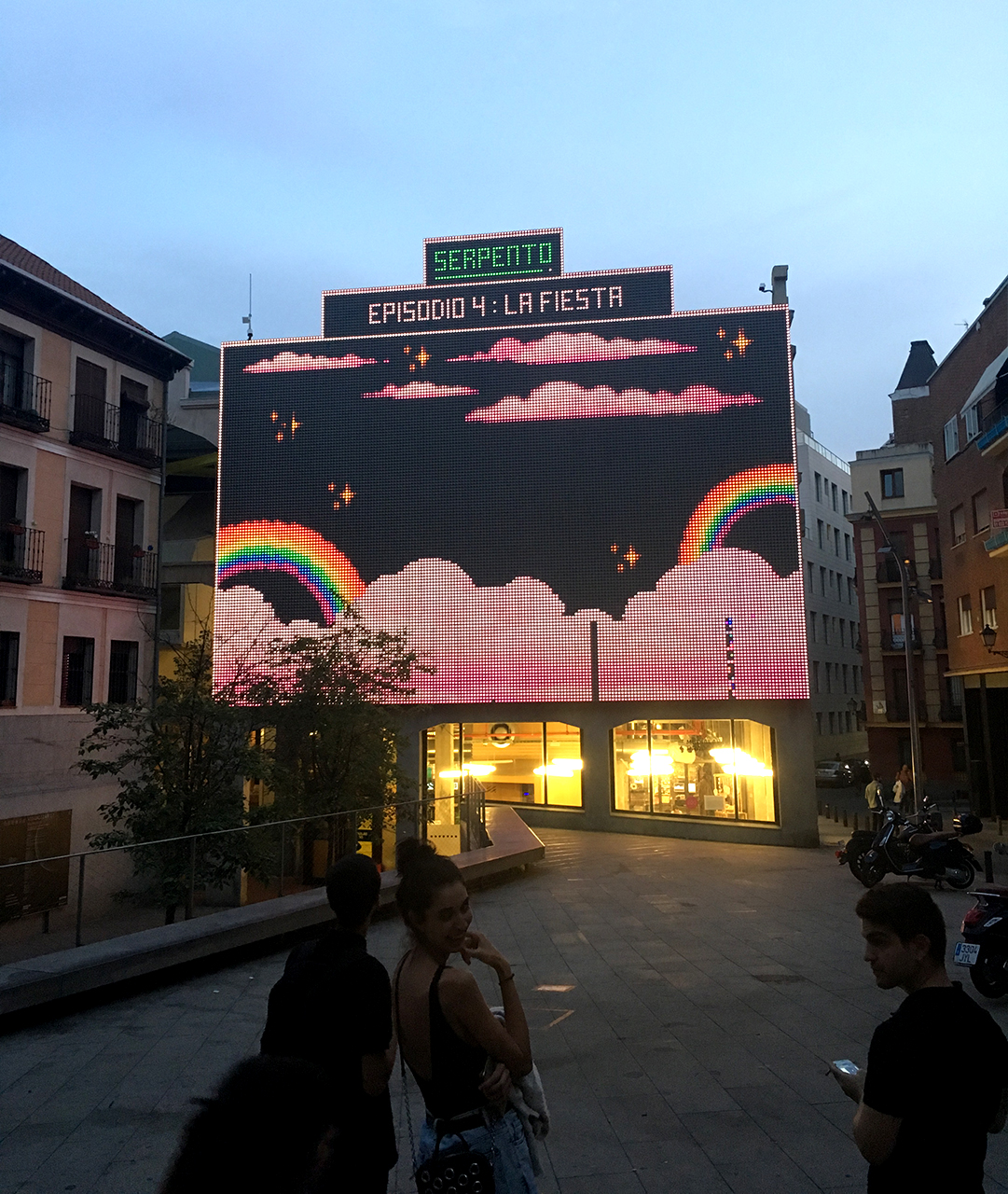 SERPENTO’s identity comes from the technical conditions of the low-resolution screen. For displaying text on the screen a custom font was made, using the least pixels for each letter so that it would adapt pixel-perfect to the screen resolution of 192×157 px when used in sizes multiple of 16.

The tracking system was developed using a standard surveillance video camera located in the upper right corner of the screen. To optimize the positioning, small torches were developed to sharpen the sensor. The movement of the snakes was developed with inverse kinematics to achieve a fluid and natural effect. 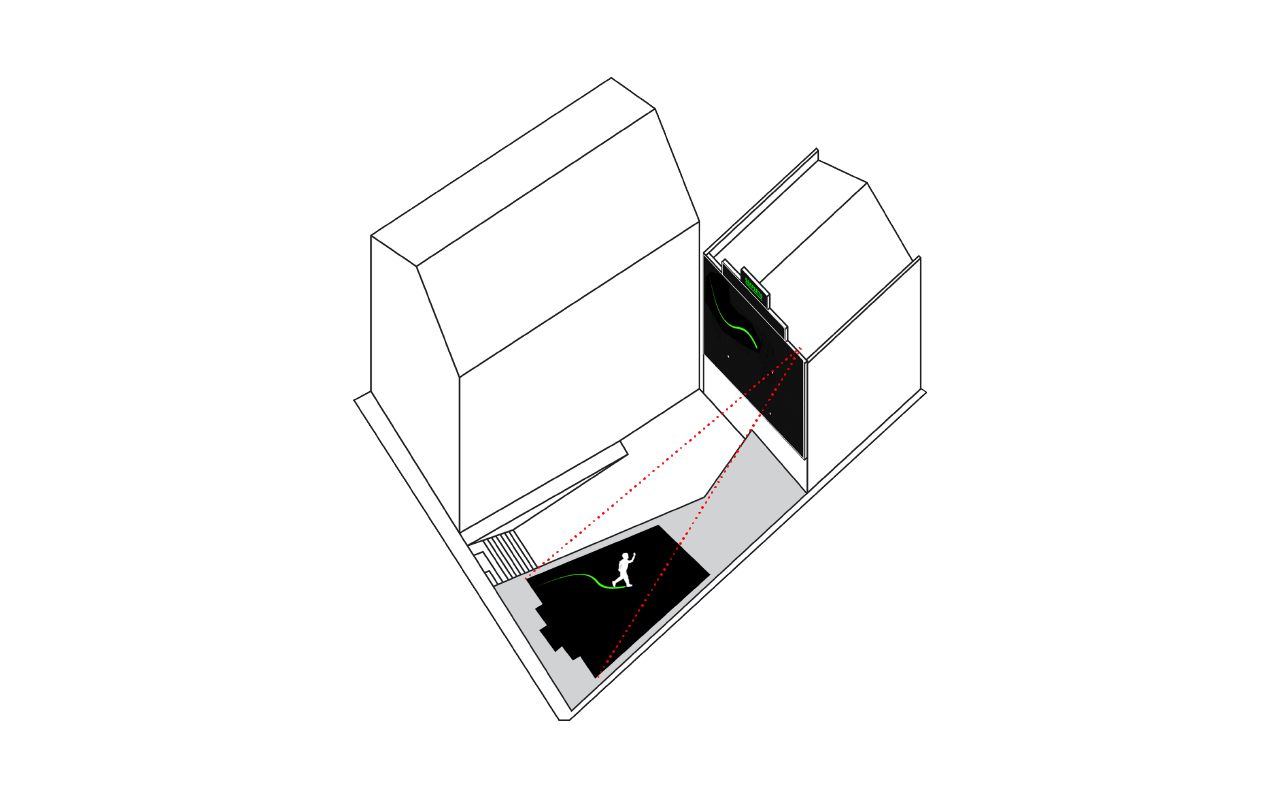